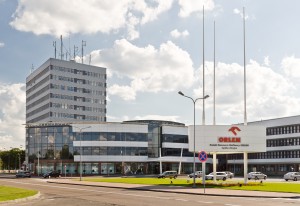 It has been an old Polish decision makers dream to build vertically integrated oil companies with its own upstream operations. It sparked the decision of Polish oil companies to get involved in search for shell gas deposits in Poland along much more experienced (at least in upstream business) competitors from abroad. PKN Orlen with its Orlen Upstream subsidiary registered in Holland was particularly active in pursuing this opportunities. It became quiet deeply engaged in search for Polish gas deposits, while American giants as Exxon, Marathon or Talisman stepped back from the competition. Lotos on the other hand has been continuing a search for Oil on the North Sea despite the fact that the defeat of its previous project of similar profile on the Yme field, costed a company around a billion PLN. However this time Lotos bought shares of the fields which are much more likely to yield expected results. Lotos is also taking steps into direction of developing B8 fields on the Baltic Sea, which has been in dire need of investments since some years already. Reportedly Polish Investments for Development S.A. government institution created to support pursuits of domestic companies will extend a helping hand. Lotos is also considering along with Azoty Group to invest in development of petrochemical installations, also with a possible governmental backing.

Be the first to leave a comment. Don’t be shy.